Edinburgh in the Spring 2006 - Sunday Visit to Traquair House

On the Sunday after the Makars' Court stone laying ceremony we had a visit to Traquair House - said to be the oldest inhabited building in the country and steeped in history. It is known to date back to at least 1107. It was for a few years owned by court musician William Rodger, our Whistle Willie from the House of Niccolo series.

These are some photographs taken during the day. 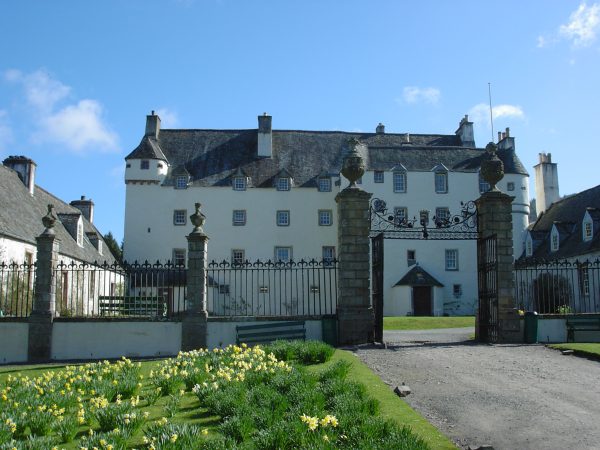 Arrival at Traquair House on a perfect Spring morning 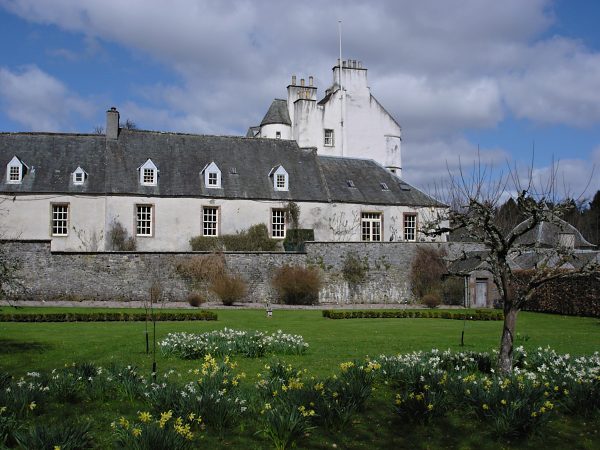 Cupid Garden at the side of the house 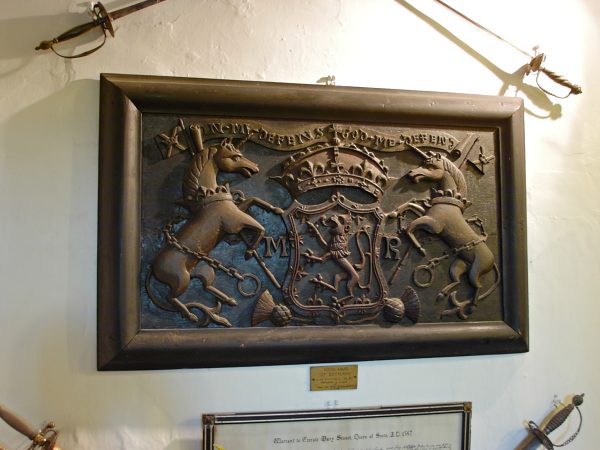 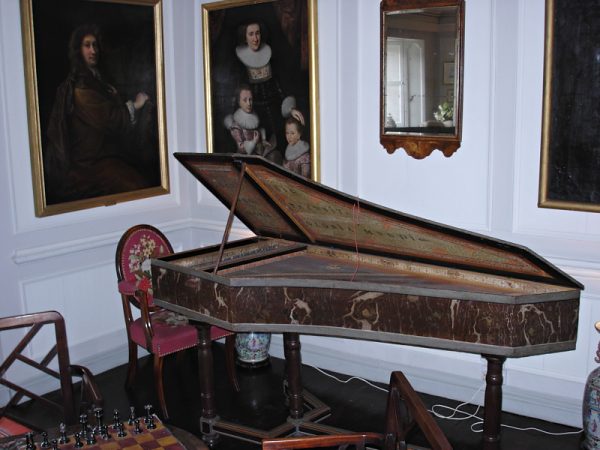 A harpsichord dated 1651 and still in working order 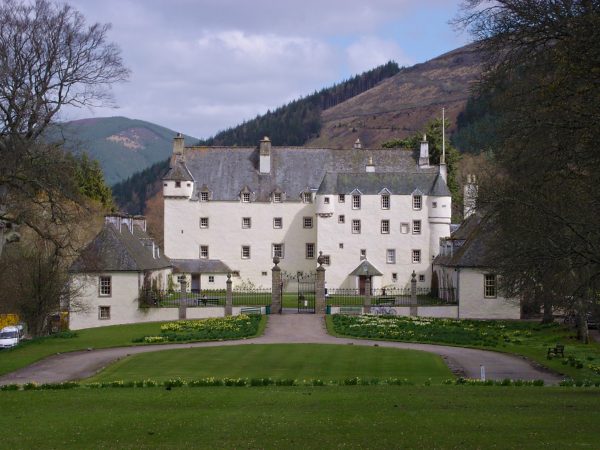 The view down to the house from the old drive.
The one in use since Charles Edward Stewart left the house is still called the "temporary drive" 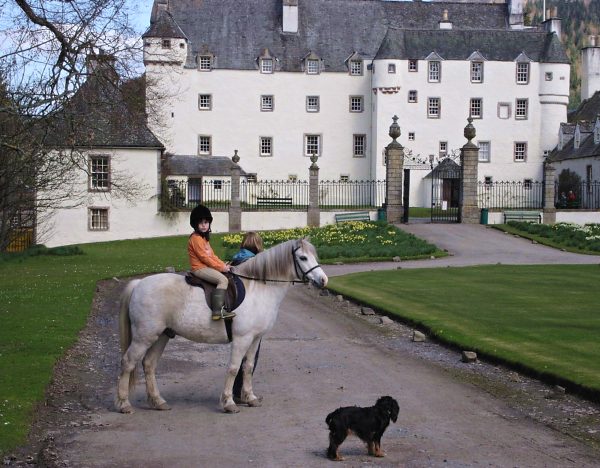 One of the children of Catherine Maxwell Stewart, the present lady of the house, with her pony and dog 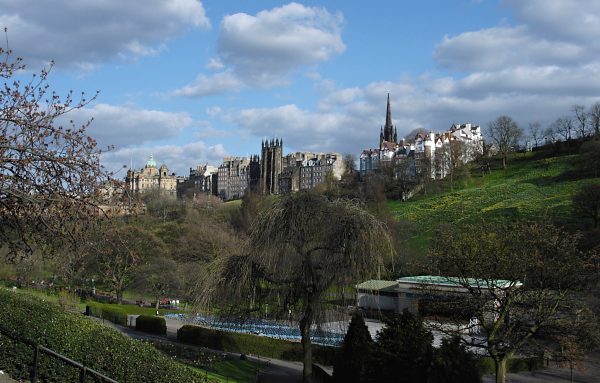 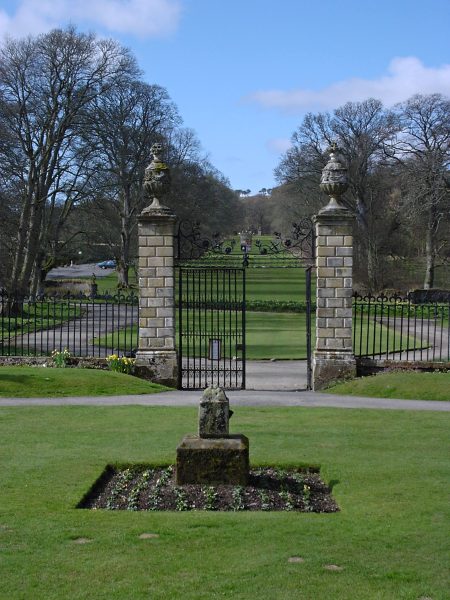 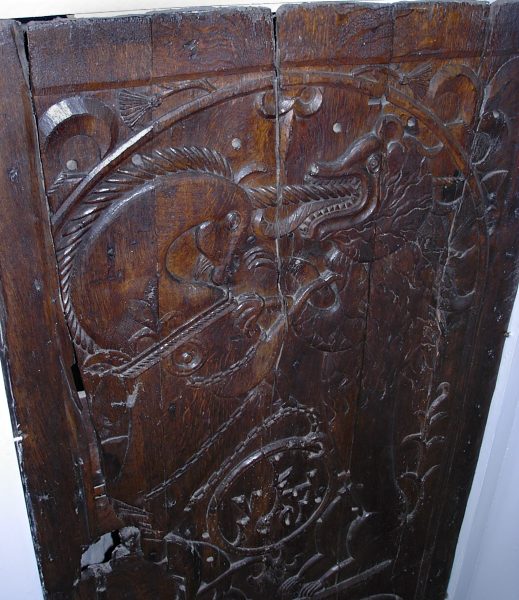 Scottish carved oak door dated 1601. The initials LVH are those of the fifth Baron Herries 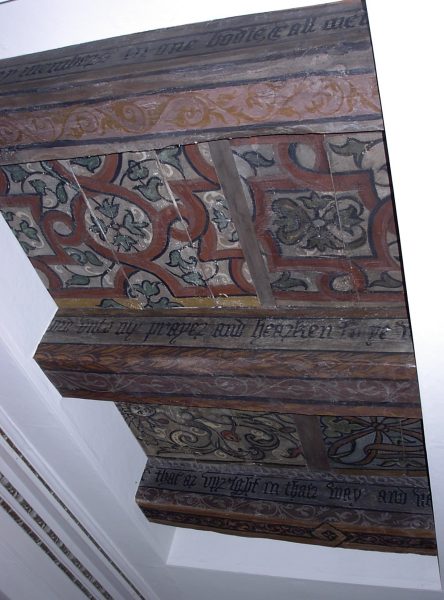 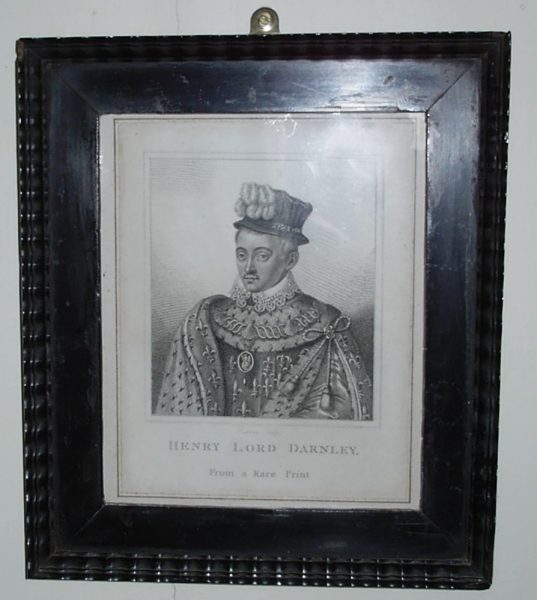 One of our least favourite characters - Henry Darnley, son of Margaret Lennox 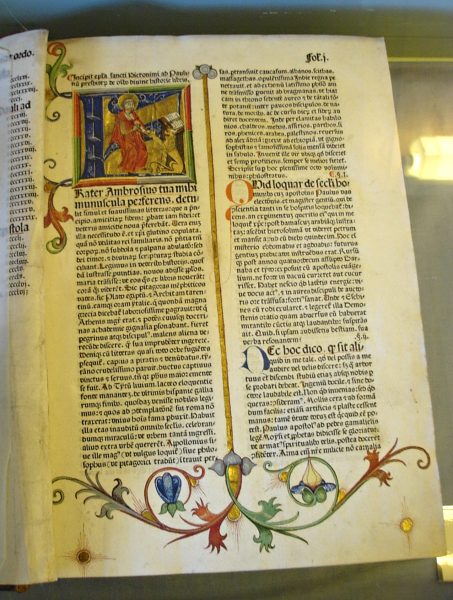 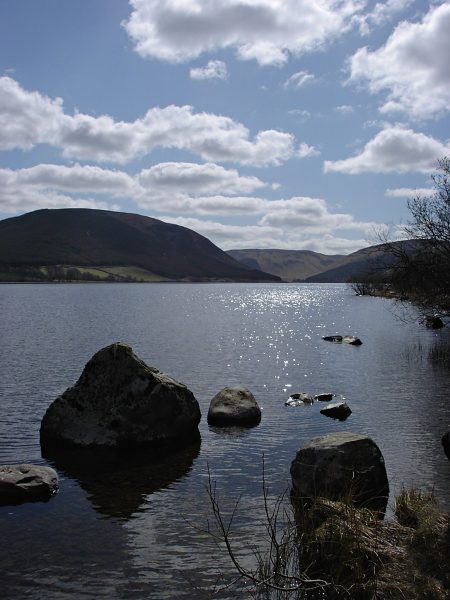 During the trip we also stopped briefly at St Mary's Loch