Locations to the East of Edinburgh and in East Lothian

A Royal Burgh and the main town of East Lothian, Haddington has strong religious connections and contains a variety of ruins and the restored 14th/15th century St Mary's Church - the largest parish church in Scotland and second only to St Giles in the Lothians. Mary of Guise climbed the tower of St Mary's to view the English positions during a seige at the time of the 'Rough Wooing', and was fired on by them. It was the Treaty of Haddington that committed Scotland and France to closer ties and betrothed the infant Mary to the Dauphin. The town is twinned with Aubigny-sur-Nere which is still known as La Cite des Stuarts. 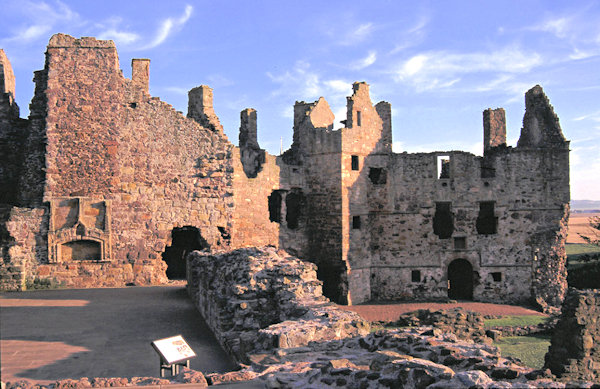 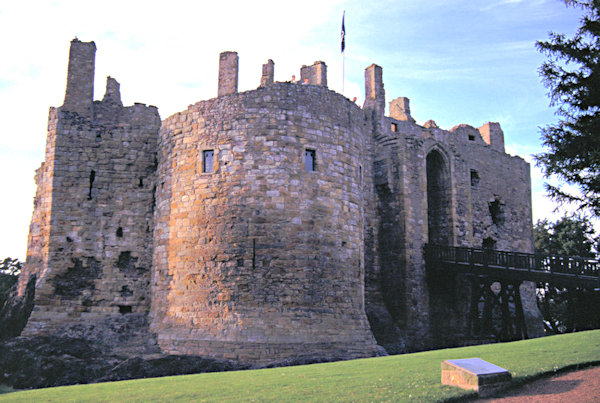 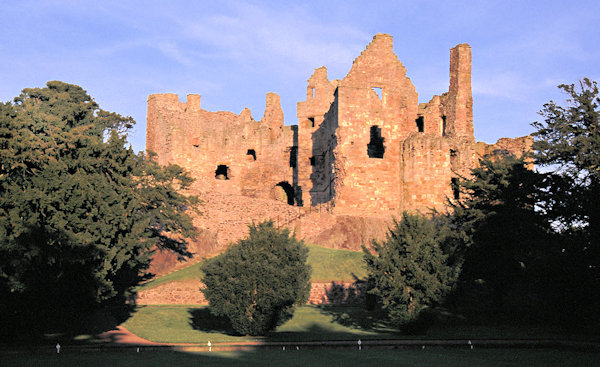 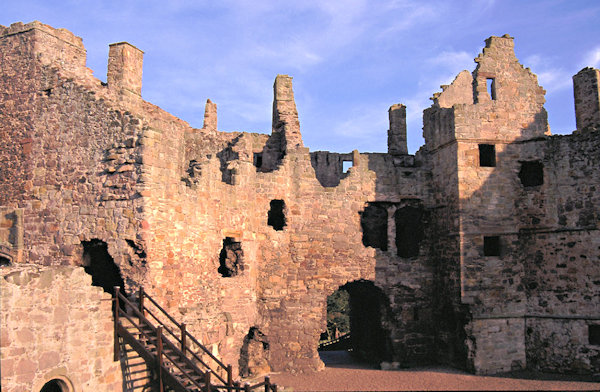 This was rumoured to be the place where Gemini would finish but in the end this turned out not quite to be the case by just a few miles - however it's still well worth visiting especially since it is so close to the area where much of the action occurred and gives a good feel for the area. Dirleton is situated in a tranquil village due north of Haddington, about a mile and a half from the coast (and the famous Muirfield golf course) and about three miles west of North Berwick. Although largely a ruin It is well preserved in parts and has an attractive walled garden.

Scene of the seige of Albany and his supporters before they fled to France. The ruined castle overlooks the harbours and has a long and eventful history. Black Agnes, Countess of Dunbar, held the castle against a large English force in 1338. It was destroyed by order of Parliament in 1488 but rebuilt by James IV. John of Albany had a blockhouse built after James died at Flodden, and that is what is mostly remaining now. The French added more construction but that was removed after the Treaty of Leith. The Earl of Bothwell took Mary there after he abducted her and after she relinquished the crown the castle was again ordered to be destroyed. Dunbar is also of more modern interest, particularly to Americans, as the birthplace of John Muir - acknowledged as the father of environmentalism and responsible for preserving many important natural areas in the USA such as Yosemite. Just west of Dunbar is the John Muir Country Park.

The climax of Gemini occurs in the Priory of North Berwick. An attractive little town with good beaches and harbour from where you can walk out over the black basaltic rock promentory to get lovely views of the coast and the Bass Rock out in the Forth. Above the town is the conical hill of Berwick Law, with a whalebone arch on its summit. From here the whole area can be seen as it is the highest point for miles around.

The remains of the Priory itself, although a scheduled monument, lie within the grounds of an Old People's Home on the south-western side of the town.

Anyone with an interest in wildlife should visit the Scottish Seabird Centre where you can see and even control the remote cameras which at various times of year show you seals, gannets and puffins on the nearby islands.

Tantallon Castle and the Bass Rock 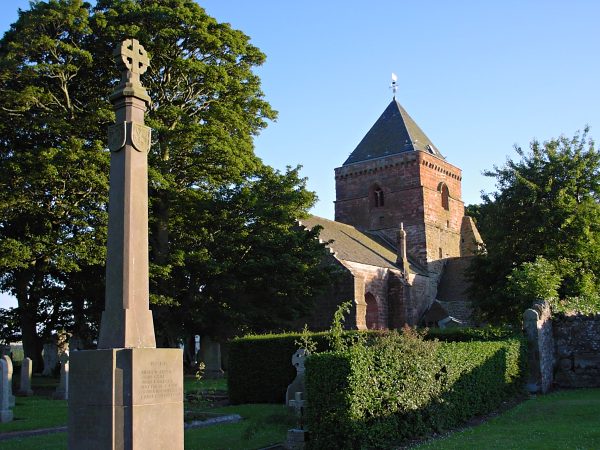 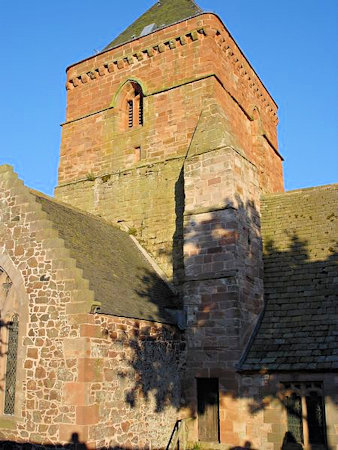 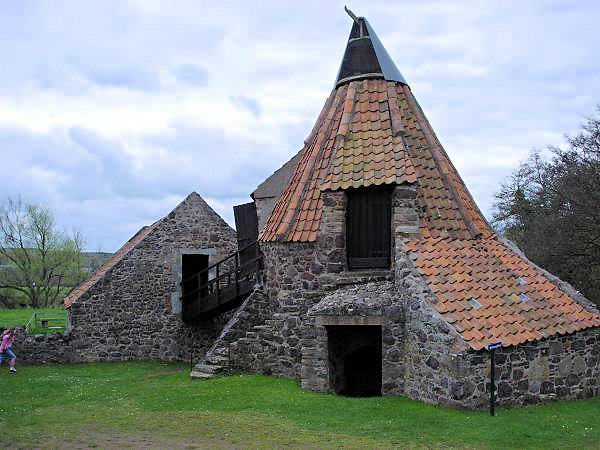 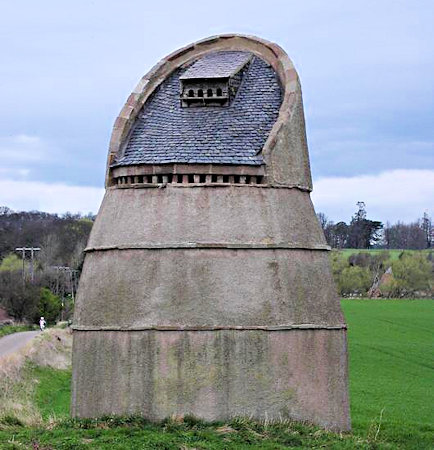 Coveted by Margaret Lennox in Checkmate, Tantallon is a massive and impressive ruin overlooking the 30 metre high cliffs between North Berwick and Dunbar. It was built by the 1st Earl of Douglas in the 14th century and was the scene of sieges by James V and later by General Monk in the English Civil War. The dramatic curtain wall which still stands dates from that time and is on of the few examples to remain.

Where the intended meeting between Adorne and Albany was to have taken place. As well as the reconstructed church there is a teind barn, one of only two remaining in Scotland, where the church stored the produce it collected each year as teinds or tithes. The western end of this one was a 16th century tower house which was built using stones from the hostels used by pilgrims to the nearby healing well. It was extended in the 17th century into a three story barn.

Situated in East Linton just off the main A1 road and about 2km south of Whitekirk. Not a direct Dunnett connection but well worth seeing for atmosphere, this is a 17th/18th century water mill which remarkably was still in commercial use until 1959. It has recently achieved greater fame due to being featured in the Outlander TV series - apparently Jamie hides in the mill wheel (now what does that remind you of?) and emerges from the water without a shirt!

Run by the National Trust for Scotland and no doubt a bit busier now than before the series aired.

Nearby is the wonderfully named Phantassie dovecot. It was built in the 16th century so it matches Lymond's time, and housed 500 pidgeons. Apparently it is still in use by some birds so isn't currently open for viewing but there appear to be plans to clean it out and open it to the public. 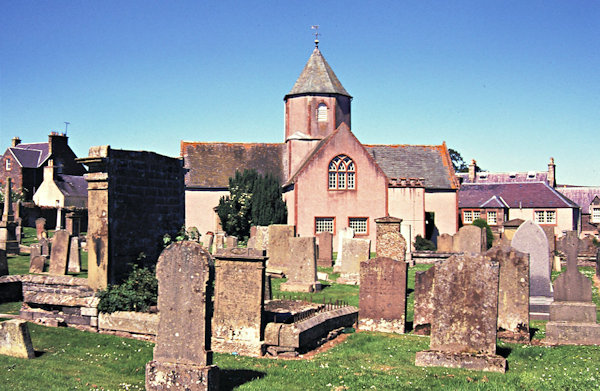 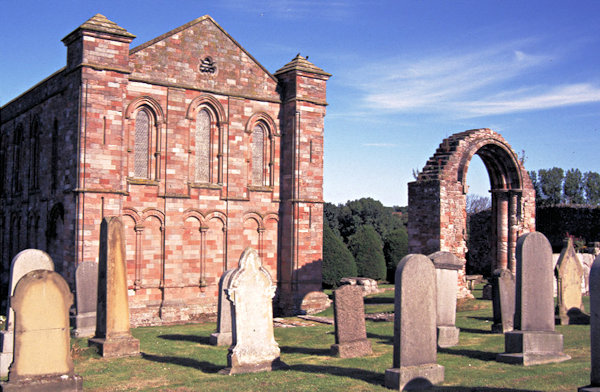 Situated half-way between Edinburgh and the Borders, Lauder is where the hangings took place from the bridge following the rebellion against James III's decision to go into battle against a larger English force. Described as a classic medieaval burgh it contains a 17th century kirk.

Situated in a pretty village hidden in the folds of the coastal area near the cliffs of St Abbs not far north of Berwick-on-Tweed, the Priory was subject to a number of disputes between Scots and English. A religious house is mentioned by Bede in the 7th century and was destroyed by Danes in 870. A charter was granted in 1098 to monks of St Cuthbert in Durham - a link that wouldn't be finally broken until the 15th century. Curiously the monks were subject to the English King whilst the priors were subject to the Scottish. Sadly the priory was sacked frequently and much of its structure destroyed. What remains is just the choir and sanctuary and from the outside is rather plain, although the inside is much more interesting and attractive.